Solomon Stephens was born in Trowbridge, Wiltshire, England on 1832. He married on the 7 August 1851 and with his wife Selina (aged 18) set sail for Canterbury, arriving on the 10 December 1851. 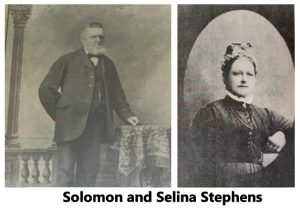 For the next six years they lived in Christchurch, with Solomon working as a Nurseyman, before moving out to Rangiora, and settling on some land he had previously bought.

In 1859 he applied for a wine and beer licence for his house but this was refused for being involved in a fight with the an opposition applicant across the road. In 1861 he again applied for and was granted a general licence. 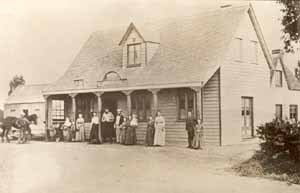 The owners of the first Plough Hotel, Selena and Solomon Stephens, with their 12 children.Mr and Mrs Stephens are standing by the verandah post behind the dog.

When its doors opened in 1864, the hotel was known as Stephens Hotel, before changing it’s name to The Plough Inn in 1865. The hotel had one of the old fashioned English signs swinging over the door shaped like the model of a plough. 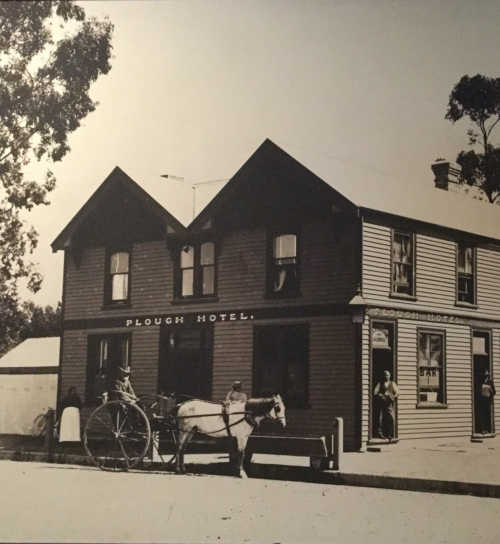 After a few good years he sold the goodwill of his hotel and devoted himself wholly to cultivating his land.

Solomon Stephens was a busy man. By 1889 he had also held positions on the Rangiora Borough Council, Licensing Committee, Rangiora School Committee and was the People’s Warden of St John’s Church. He was a member of the Oddfellows and Masons and held high office in both.