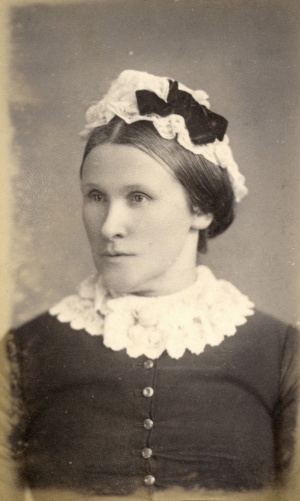 On 13 May 1834 she married John Bedwell King in the St Mary the Virgin Church in Brington. John worked for the Earl of Spencer.
They went on to have four children, Hannah Rebecca Frances, Mary Jane Saunders, Sarah Anne, and Charles George.
On 31 January 1843, John King died of inflammation of the bowel, at Brington and was buried in the graveyard of the St Mary the Virgin Church.
One can only presume that Martha and her children were looked after by the Earl of Spencer or John’s father who had considerable wealth.
Seven years after John’s death, in September 1850, the widowed Martha King and her four children aged between 9 and 14 assembled at Gravesend with 782 other immigrants prior to boarding the Canterbury Association’s four ships that were to take them to a new life in far away Canterbury, New Zealand. The King family had booked their passage aboard the ‘Cressy’, a barque of 720 tons under the command of Captain Joseph Denison Bell.
Of the 215 passengers that boarded the ‘Cressy’, 50 of them were fare-paying passengers, of which 27 were accommodated in the Head Cabin, costing £42 for a berth. Mrs King and her children were in the Fore Cabin which accommodated 23 passengers, paying £25 for a berth. Those passengers travelling in the Head and Fore cabins were also required to supply their own bedding and table ware. Meanwhile, steerage class accommodation cost £15 for a berth and was filled with 165 migrants who were either being assisted or were given a free passage to Canterbury by the Association or their employer.

The Cressy and the other three vessels were hauled out of London’s East India Docks on Saturday 31 August 1850 before sailing along the Thames to Gravesend where the excited passengers waited to board. On Monday the labouring class emigrants were treated to a leave-taking dinner at Wade’s Hotel in Gravesend, which was hosted by Lord Lyttelton, after whom their destination had been named. 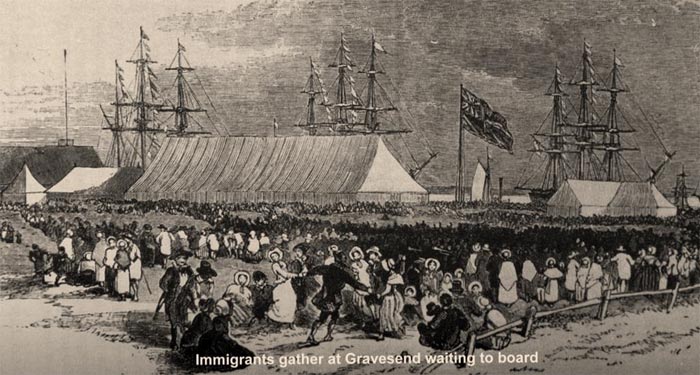 The four ships sailed from Gravesend at half-past-six on Wednesday morning and arrived at Plymouth nearly together on Friday night.
Several more emigrants joined their ships at Plymouth and on the evening of Saturday 7 September 1850 at seven o’clock the Charlotte Jane was under way. The Randolph followed at nine, and the Cressy a little later. The Sir George Seymour, waiting for the last dispatches, which were to be brought by Mr. Britton, sailed at ten o’clock on Sunday morning.
Stewart Island, lying 30 kilometres south of New Zealand’s South Island, was sighted on December 23, and the Cressy dropped anchor at Lyttelton on December 27 1850 after a 111-day voyage from Plymouth. 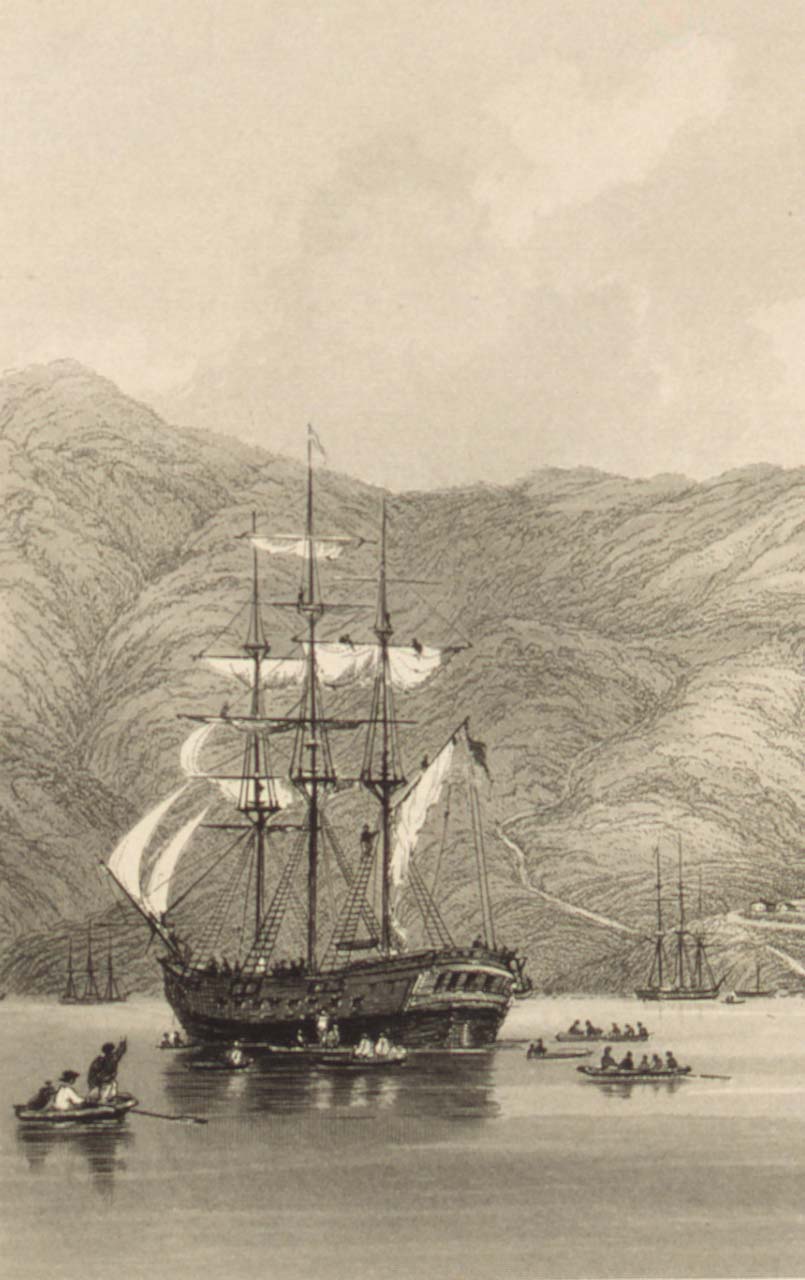 It appears that Mrs King was not an idle lady, as just 10 weeks after landing, Mrs King’s daughters were working in their mother’s boarding house, which was situated on Town section No.4. Mrs King was a woman of some means to have travelled as a fare-paying passenger and also be able to have a building erected so shortly after arriving in Lyttelton.

Refreshment Rooms Open
(Note – The Esplanade was the ‘High Street’ of Lyttelton and faced the sea. Now called Norwich Quay)

Her daughters were not long with her, the eldest soon becoming the wife of one of the wealthiest squatters in the district, Mr J. S. Caverhill, then owner of Motunau Run. The second daughter married Mr E. M. Templer, and the youngest became the wife of Mr W. G. Shrimpton, son of the first proprietor of the Lyttelton Times.
Having only her son left, Mrs King retired from business, and moved with him to North Canterbury.

She had been for some years a sufferer from a severe cough, and on the 29 April 1884 she died, aged 69, at Harleston, Leithfield, at the residence of her son Charles King.
She is buried in the Balcairn Cemetery along with her son Charles, and his wife Agnes (nee Curle).