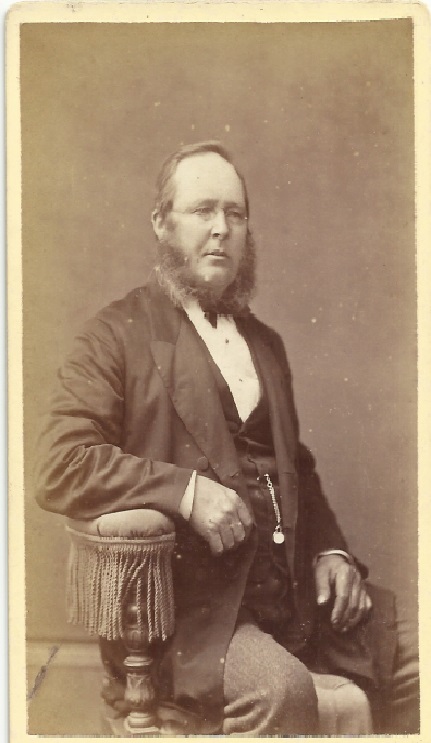 John Gibb was born on the 2nd. of April, 1831 in Faulds Toll Bar, Cumbernauld, Scotland. He was the eldest surviving son of David Gibb and Mary, nee Walker. Herbert Buchanan Gibb, his brother, also born in Cumbernauld, was a breeder of pedigree dogs, some of which were sold to the Tzar of Russia, as well as noblemen from many other countries. He won many cups and prizes. He was also an importer of Shetland ponies. William Gibb, the youngest brother, was born at Merkland Cottage, Kirkintilloch. He was an artist and poet and became City Cashier of Glasgow. He arranged for musical performances in Parks and Halls, which were highly popular. He won many cups and prizes for sports. Jessie (Jannet) Gibb, their sister, came to Christchurch. She married George Dickinson who had won fame as a cricketer. He built a huge indoor covered cricket pavilion where the best cricketers used to meet to play and enjoy his hospitality. George owned a large farm which he named after his cousin, the Duchess of St. Albans. The name, St Albans, was later retained for the whole suburb. The John Walker Gibb family would visit the Dickinson aunt and uncle riding in a swaying coach up Springfield Road with the horses’ harness jingling and jangling. It seemed to them that it was a long way out into the country! The children greatly enjoyed these visits as Great Aunt Jessie always gave them a wonderful time and sent them home with presents. The Dickinson’s did not have any children of their own.

John Gibb married Agnes Crichton in 1853 and their first child, a stillborn son, arrived later that year. Two years later Agnes died, aged 27years, giving birth to a second son, David. David also died aged 4 months. John married Marion Menzies, the daughter of William Menzies and Elizabeth Fritch, on the 19th. Feb, 1857 in Bonhill, Dumbartonshire. John and Marion lived at Innellan near Dunoon on the North side of the Firth of Clyde where he was contracted by the land owner, Malcolm Campbell, to supervise the building of a model township. This was a town of very substantial homes with, eventually, a very famous Hotel on a lower level of the hill on which John’s home was built. John Walker Gibb was born here on the 6th. December, 1857, followed by William Menzies on 18th. November, 1859, Herbert Buchanan on the 8th. of September, 1861, Elizabeth Menzies Reid on 18th. December, 1863, Mary Agnes on the 15th. January, 1866, Jessie Menzies on the 9th. October, 1867, Marion Menzies on 2nd. February, 1870 and
Gabriel Benny Menzies on 26th. November, 1871. Sadly Mary Agnes died in 1870 and, during an epidemic in 1873, Marion Menzies died on the 24th. of December, Jessie Menzies on the 25th. of December and Elizabeth Menzies Reid on the 30th. of December.

The deaths of the three girls was devastating for the family and over the next two years it was decided that a new life in New Zealand would perhaps be a good idea. So it was that on the 27th. of June, 1876 John, Marion and the four young men of the family embarked on the Merope at Gravesend to make the trip to Lyttelton, New Zealand arriving after 91 days on the 26th. of September. Also in their party were two orphaned nieces, Robina and Isabella Menzies, young women whose married sister came out to New Zealand at a later date.

John Gibb had studied Art from a young age with John Mackenzie of Greenock and had exhibited for some years with the West of Scotland Institute and Glasgow Institute of Fine Arts. On the voyage from England he spent his time painting and on arrival in New Zealand was able to hold an Exhibition of his efforts.
In Christchurch John Gibb bought a block of land on the corner of Barbados and Worcester Streets. He built, with the help of his son John Walker Gibb who had trained in the building trade under his father, two houses facing Barbadoes Street. The family lived in the Northern one called Merkland Villa, 124 Barbadoes Street. Another house was built alongside in Barbadoes Street. Later a house was erected in Worcester Street to the design of Samuel Hurst Seager who, in a notice in The Press on the 16th. March, 1889, called for tenders to erect a house in Worcester Street for J. Gibb, Esq. It is thought that the original purpose of this house was for it to be used as a Studio for John Gibb and W.Menzies Gibb, who had by this time returned from two years of study at the National Gallery School in Melbourne, Australia. John Gibb was a prolific Artist as was his son and both exhibited in New Zealand, Australia and other countries on numerous occasions, one being a private exhibition of 40 pictures held in the Art Shop of McGregor Wright on Lambton Quay in Wellington. John Gibb was frequently contracted to produce a painting of a particular area ,also of ships and there are many such pictures around the country. Other paintings hang in Galleries and the Offices of many Local Bodies throughout New Zealand, in Galleries in Australia and further afield around the world. John Gibb was an expert in the production of seascapes and noted for his treatment of the sea, rough or smooth, and the sky, stormy or merely interrupted by a few clouds. Sunsets were also a special feature, and a grand-daughter, Marion Menzies Gibb, told of how he would even leave the dinner table to colour a page with a sketch of a sunset. In the Christchurch Art Gallery there a number of John Gibb’s paintings showing the variety of his style and a number of his paintings have been reproduced as prints by Art Shops and other organisations. John Gibb was instrumental, with other like-minded locals, in the establishment of the Canterbury Society of Arts. He and Menzies Gibb both held positions of office of the Society at different times and were constant exhibitors. John Gibb was also a very popular teacher and had, as one of his pupils, Lady Onslow, wife of the Governor.

The sorrows of life were not finished for John and Marion Gibb, as their youngest son Gabriel Benny Menzies died in 1885. Marion died at 124 Barbadoes Street in 1891. From then on until his death in 1909 John was cared for by his niece, Isabella Menzies. On the death of John Gibb in September, 1909 the three homes were left to John’s sons, 124 Barbadoes Street to John Walker Gibb, 229 Worcester Street to William Menzies Gibb and the other Barbadoes Street house to Herbert Buchanan Gibb, who had moved to Australia after his marriage, with the understanding that Isabella Menzies should have the use of it for the rest of her life. 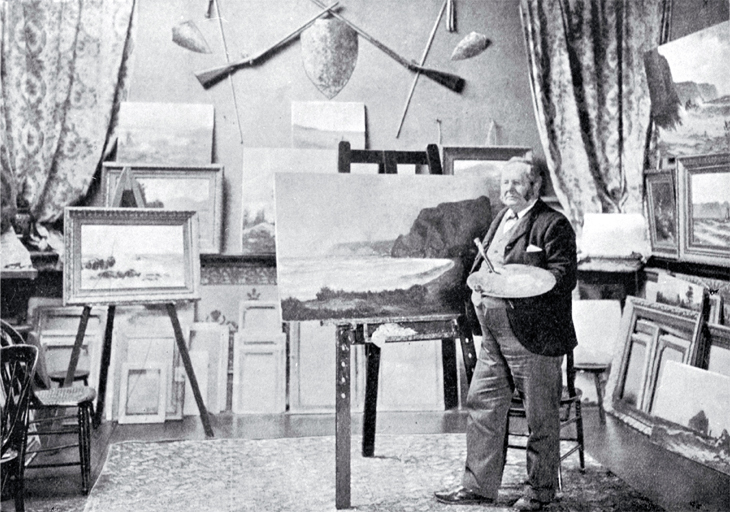 John Walker Gibb opened a shop in Cathedral Square, Christchurch, and called himself a Picture Framer and Artist’s colourman. Later he moved to High Street, then Cashel Street opposite Ballantynes and finally further up Cashel Street, a shop he left when 80 years old and looking forward to retirement. His career as an Art Shop proprietor spanned at least 56 years. It was noted in the Newspaper that a painting called “La Lecteur de la Bible”, formerly belonging to the Empress Eugenie, was presented to the City by Mr. R.E. McDougall, donor of the Art Gallery. This painting was repaired by John Walker Gibb. It was the first donation to the new McDougall Art Gallery. There have been examples of the picture framing work undertaken at J.W. Gibb’s Art Shop turning up for years up to the present day, 2007.