High tea at Hororata today for our members when we visited Cotons Cottage and Hororata Museum.

Cotons’ Cottage was built in 1864 by Yorkshire immigrant Bentley Coton who, with his wife Sarah Jane, was one of the earliest smallholders farming in the Hororata district. The cottage originally consisted of five rooms, including an attic bedroom. It was built from a cob mixture of local clay and tussock grass, extracted from the surrounding farmland.

As the Cotons had no children, their house, though simple, was comparatively roomy. Water was drawn from a well close by and cooking was done in the open fireplace in the living room. Anglican services were held in the house until the Hororata church was built in 1875.
Bentley Coton died in 1913 and the cottage was uninhabited from 1927, after which it gradually began to deteriorate. In 1974 the land was gifted to the Crown by Mr R Oliver and in 1977-8 the Hororata Historic Society rebuilt and furnished the cottage, reusing some of the original materials.
In the earthquake near Darfield on 4 September 2010, the cottage was irreparably damaged. It has since been reconstructed using traditional methods, although the cob walls conceal modern steel framing to ensure the safety of the building and its visitors. 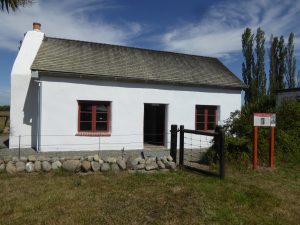 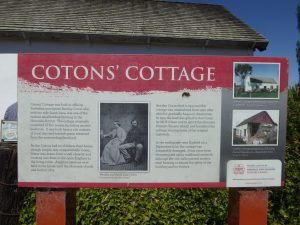 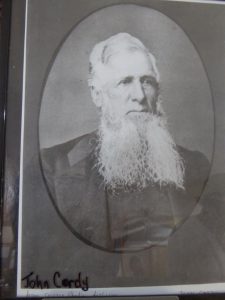 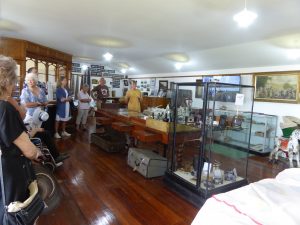 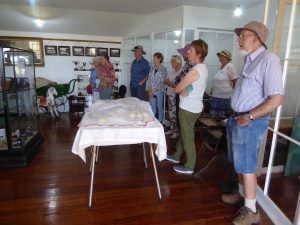 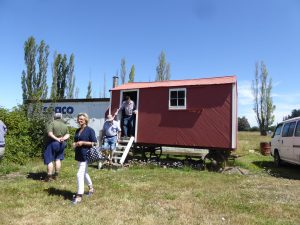