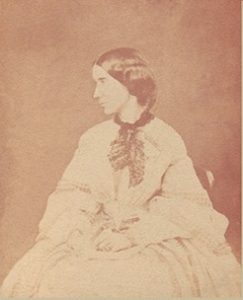 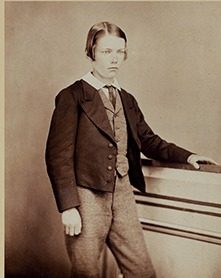 John Robert Godley died in London in 1861, at the age of 47. This photo of his son, Arthur (the ‘Little Arthur of Lyttelton’ a decade before) was taken in the same year and this photo of Godley’s wife, Charlotte, was taken only a year previously.

Arthur wrote, later in life ‘I do not think during the first ten years of my life I ever had a lesson from anyone except my father and my mother. My father taught me history, geography and French and when time for school drew near (not until he was 10 years old!), a little Latin and Greek: my mother taught me everything else. I cannot remember a time when I was unable to read for my own pleasure, and my lessons, then and afterwards, came easily to me, both my parents being, in their different ways, excellent teachers.’

While at Radley School, as a 14 year old, Arthur dislocated his elbow playing soccer and was sent home to London to recuperate. He found his father ill in bed. A week later, his father summoned Arthur to his bedside. Arthur entered the room, he relates, with a cheerful Good Morning, ‘when to my amazement, my father told me he was going to die, spoke his last words to me and dismissed me, and in the afternoon he died.’