To-day the residents of Christchurch will honour the pioneers, and entertain the few remaining passengers by the first four ships und members of the Canterbury Pilgrims’ Association in the Botanic Gardens. Afternoon tea will be served in a large marquee near the Museum at 2.30. After this little function, the company will pass to the Archery lawn and take their seats opposite a stage, when the great-grand-children of many of the old Canterbury families will enter by the western path, dressed in the style of the fifties. They will proceed in courtly fashion to the seated pilgrims, and pay their respects to them.

The children – are descendants of Sir Chas. Bowen, Judge Gresson, Bishop Harper, and Dr. Barker. Unfortunately many other descendants of the distinguished men of the early days are unable to take part owing to sickness and other causes. After this will be the march past of squads from all the schools in the district, with Captain Farthing, in charge. A good programme of events will follow.
The Tramways Band, under the baton of Mr Noble, will play a programme of music, and the pupils of Misses Cox and Myers will put on sylvan dances. Physical drill by squads from Christ’s College, Boys’ High School, and St. Andrew’s will be demonstrated. Everything possible has been done to provide an exceedingly pleasant afternoon, and doubtless citizens will also flock to the gardens to pay their respects to the pioneers. To-morrow members of the Canterbury Pilgrims’ Association and pioneers, together with members of all local bodies, will assemble at the City Council Chambers at 10.45, and proceed to the Cathedral. A laurel wreath will first be placed on the Godley Statue in memory of the pioneers, and the company will then take their seats in the Cathedral. His Grace the Archbishop will be the preacher both in the morning and also at the service for young people at 3 o’clock.

There will be an open-air service and concert in the Hospital gardens at 3 o’clock, when several choirs will lead the singing of Christmas carols and favourite hymns. The S.A. Band will play the accompaniments. Derry’s -Military Band will contribute a good programme of music. At the gift table near Chalmers Ward presents will be gratefully received for the children’s Christmas trees. There are nearly 700 children to be provided for. A collection will be taken up at the gates, the proceeds to be devoted to the children.

The secondary school squads are requested to assemble at the east end of the archery ground at 3 p.m. tomorrow.

Pilgrims’ Association. For the morning service at the Cathedral, the members of the Pilgrims’ Association and representatives of the local bodies and their wives will meet at the City Council Chambers at 10.45 to-morrow morning; those who cannot reach the Square in time, can join up at the Cathedral. Tickets for the afternoon service in the Cathedral have been sent to the respective churches for the teachers and scholars of the Sunday Schools who notified their intention to be present, but all Sunday Schools are welcome and will enter by the north door in the Cathedral not later than 2.50 p.m 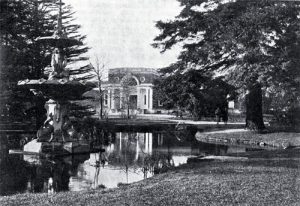