The Museum numbers rose again in 2019 to 766,200 visitors, both  the Museum and Quake City, the second highest number ever. Quake City continues to be popular and had a surplus of $496,500 for the year.  So the appeal of the Museum is far from waning.  A further 287,500 people saw the touring exhibitions in the Canterbury area.  Think about that, it is over a million people, roughly a quarter of the population of NZ.  It is something to be proud of.

While we are on numbers 35,000 people took part in some sort of public educational programme. This includes 16,500 school children.  No wonder sometimes when I go into the board meetings the whole place is humming, with children and adults alike queuing up to get on the penny-farthing bike and have their photos taken.  They love it!

It isn’t all fun and games though, Museum researchers had 29 peer- reviewed papers accepted for publication, 53 articles published, and on top of all that there were 15 conference presentations.  A busy year for everyone.

One final number to contemplate, the Museum cares for more than 2.3 million  artefacts.  Mind blowing isn’t it and they are all there for you to see sooner or later, put it on your bucket list!

2019 saw the repatriation of some skulls to the Confederated Tribes of Warm Springs Reservation, Oregon.  Originally the acquisition of material for the Museum had been by exchange of Moa bones or by donation and this was probably how we acquired them in the first place.  Julian Von Haast wanted the museum to be a window on the world for Cantabrians. But times have changed. Human remains are being repatriated world-wide when requested these days.  It was a moving ceremony for all concerned.

March 15 shootings affected the Museum in a different kind of way, everyone was humbled by the outpouring of flowers and tributes that were laid along the fence line in Rolleston Ave next to the Museum doors, although I thought it must have been emotionally exhausting to pass everyday on your way to work and home each day.  The Museum is working on preserving and displaying the tributes left there.

The exhibition Squarkzilla based on the fossils found at St Bathans captured world -wide attention  as did the 1.6 metre high Penguin, and a bird fossil with bony teeth found near Waipara.  I went to the opening and found it fascinating.

Arctic Voices was another exhibition that really appealed to me as it is an area where my husband worked for a few years on the Canadian BMEWS Line run by the Canadian Airforce,  I promptly came home and fished out some of his old photos. Brought back lots of good memories.

For a hit of nostalgia make sure you go to see ‘A Slice of Life’ the Dunedin documentary that recorded for 40 years the lives of 1000 kiwi kids.  I didn’t know whether to be pleased or horrified that so much of it seemed to be familiar.  It’s a visual exhibition that causes many comments and smiles on the whole to all visitors.

Ravenscar House is progressing apace, the excavation and basement are nearly ready for the rest of the House to be built and this is anticipated to be complete early 2021 when the Trust will gift it to the Museum.  It will be used to display the Ravenscar Collection of NZ Fine arts, sculpture, designer furniture and classical antiquities and be open to the public.

The Robert McDougal Art Gallery which has been looked after by the Museum since 2002, continues to be  a contested matter between various people and the CCC, the Museum is awaiting the outcome.

As I have been on the lookout for family photos after inheriting some un-named ones, I was lucky enough to get assistance from Dr. Jill Haley the Museums Human History Curator in identifying an un-named WW1 soldier from his uniform and insignia.  So if you need help with something,  keep the Museum in mind and give them a call, especially now they have the Standish and Preece Photographic company negatives.  By the same token if you have some old original photographs, named, and no-one is interested in keeping them, donate them to the Museum, they will be well looked after.

On a personal level I missed one Board meeting in August last year and attended as many of the social occasions as possible.  They are always enjoyable, interesting and well worthwhile.

I have only touched on some of the things that have been taking place at the Museum, more details can be found in the Museums Annual Report that I will table for anyone who is interested to peruse.

Finally, thank you all for having the confidence in me to do this on your behalf, it has been a pleasure. 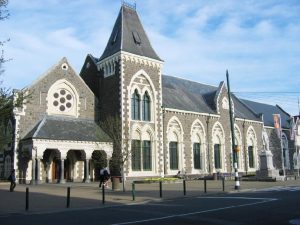